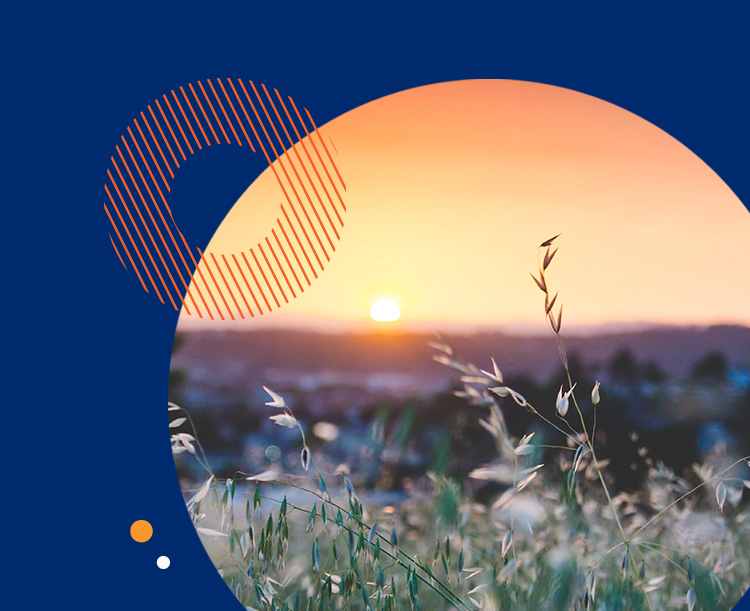 Kyoto Group today focuses on storing renewable energy on an industrial scale. However, as is the case with many innovative companies, we arrived here in a roundabout way.

It all started when our founder Jon Bøhmer moved to Nairobi, Kenya. While he was there, the Financial Times in 2009 hosted the Climate Change Competition, aiming to find the most effective, simple, and practical solution to climate challenges. There were 300 participants in the competition, and Sir Richard Branson was one of the judges.

Jon won the competition with his Kyoto Box cardboard solar cooker. It uses the inexhaustible African sun to replace firewood, which causes health damage from harmful fumes in earthen huts in African villages, and reduce deforestation, which is a major problem.

Using this knowledge and deep understanding of the combination of the power of the sun and the African economy, he realised that local industry had a massive need for process heat – also currently supplied with firewood. By capturing solar energy and storing it for use around the clock, a massive amount of energy could be supplied and a cause of climate change could be removed.

He brought the idea back to Norway to industrialise it and established Kyoto Group in 2016 to partner with Norwegian and international companies to reduce the CO2 footprint and revolutionise the industrial process heat market.

In 2020, a successful pilot provided proof of concept for a molten salt thermal battery.

Kyoto Group partnered with Hydro and others and did an IPO in the spring of 2021. The board was expanded with some of Norway’s most experienced industry executives, and the organization was scaled up.

Meanwhile, Jon, ever the inventor, moved on to other projects. Read more about Jon here.

Following the IPO, Kyoto Group has continued to commercialize the company’s thermal heat technology. The first Heatcube thermal battery was ordered in the summer of 2021, to be installed as a commercial demonstration unit.

A milestone was reached in the fall of 2021, when Kyoto Group signed the first commercial contract for the Heatcube under a battery leasing agreement with the utility Aalborg Forsyning in Denmark.

This completed the Kyoto journey from a humble cardboard solar cooker to industrial-scale thermal batteries. 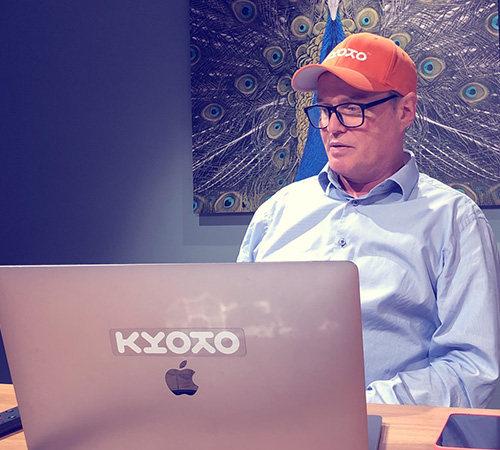 Jon won the competition with his Kyoto Box cardboard solar cooker. It uses the inexhaustible African sun to replace firewood, which causes health damage from harmful fumes in earthen huts in African villages, and reduce deforestation, which is a major problem.

Founder Jon Bøhmer was born on a chicken farm in Brumunddal in Norway in 1967. He has always been an inventor and entrepreneur. 19-year-old, he realized his first multimedia company, Scala, which sold 5 million copies in 40 countries and pioneered several markets. Later, he also founded Pronto TV and Snap TV.

After 20 years in the multimedia industry, the Norwegian entrepreneur moved to Nairobi, Kenya, for eight years to understand and find solutions to the biggest challenges in developing countries in Africa and elsewhere, and this is where the Kyoto journey began.

After handing over the reins at Kyoto Group, it was time for Jon to move on to realising other ideas, so he founded a cleantech incubator. He remains a key shareholder and is working on projects that can also benefit Kyoto Group in the future.

Hatchery.Earth is his new concept – a cleantech incubator already on three continents developing multiple cleantech start-ups with offices in Oslo, Detroit, and Cape Town in Africa – where it all began.