The Spanish Superstar of Salt
and Storage 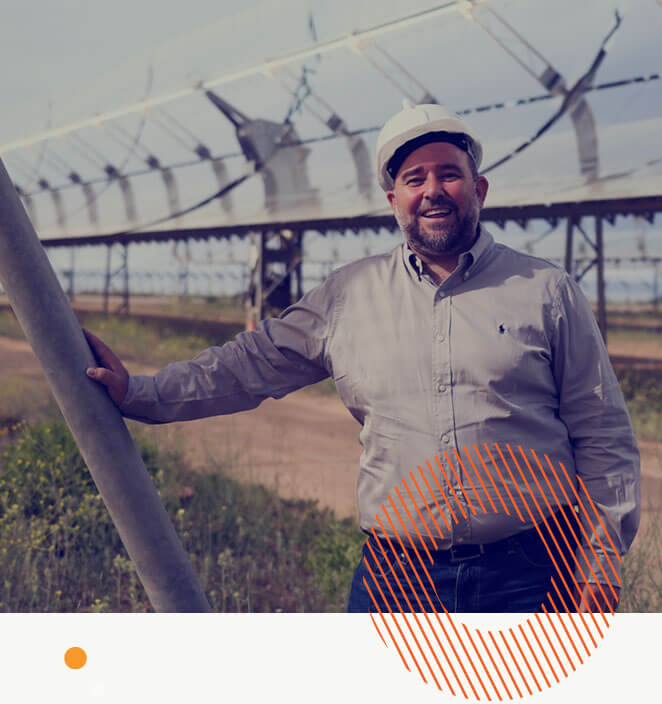 The Spanish Superstar of Salt
and Storage

A match made in heaven, literally! Kyoto Group recently opened our Spanish office, and one of the world's best engineers, Andrés Barros Borrero, will be running it.

Ever since he was eight years old, curious about the outdoors and the lives of grasshoppers and ladybugs in the grand family garden, Andrés Barros Borrero (44) – an industrial engineer from the hot Spanish countryside of Andalucía – had an intense urge to always try new things. Just to see what happened. In case there was something fantastic on the other side.

So when the grown-up-Borrero, right after being headhunted to a new job at Abengoa solar plant, blew up a microwave in the companys kitchen by doing a little experiment on a special type of salt – it could be seen as a “stupid mistake” or a “happy accident”. Probably the latter. Because today Borrero is considered one of the world's leading engineers with hands-on experience from molten salt technology and a true pioneér of thermal energy storage.

– As for most things in life, inventions happen by mistakes, and to make something work, things need to be broken, Andrés Barros Borrero says.

“Good at making things from scratch”

The talent of breaking things, a never silent inventor brain, as well as a clear vision of always knowing when to say “go” or “no”, has eventually connected him to Norway and Kyoto Group – the battery-making scale-up company for storing renewable energy.

– I am good at making things from scratch. I feel the most comfortable when I can develop new inventions, says Borrero, whose start-up-company in Seville recently was acquired by Kyoto, and now goes under the name of Kyoto Technology Spain.

Oh, and Borrero got a new title as well: Global Technology Director at Kyoto. It's a match made in heaven, literally. More on that later.

“As for most things in life, inventions happen by mistakes, and to make something work, things need to be broken.” 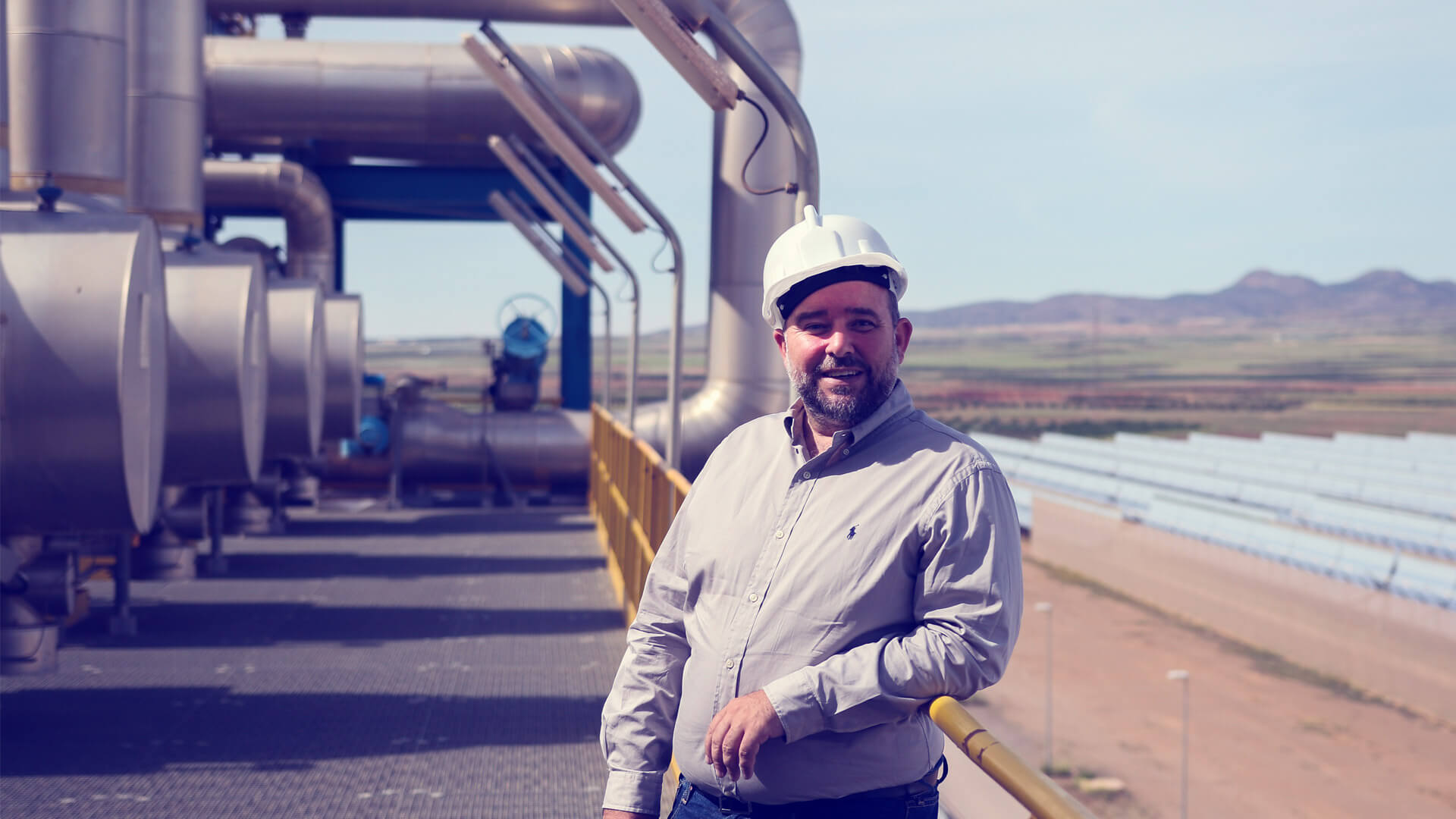 Borrero was first – now, the world is listening

He sparkles like the sun, Andrés Barros Borrero, when he picks us up in his brand new red Tesla. We are headed out from the cute mountain town of Granada in the south of Spain, a few hours drive from his home town Seville.

– Today I will take you to a place where our molten salt storage system first saw daylight already back in 2011, Borrero says before he steers his car onto the highway dotted with rows of green almond trees.

We are heading east, towards one of Spain's very first CSP (Concentrated Solar Power) and thermal storage plants called Andasol 3 – where a group of spanish engineers oversee and still use this pioneer version of the molten salt tanks where they store energy from the Spanish sun, also when its dark.

– I know several of the guys working there, because we were just a small gang of young engineers who developed this system from scratch before it grew commercial back in the days, Borrero says with a big smile.

A lot of excess sunshine in Spain

When we arrive, a fox is running for shelter, birds are singing and Borreros friend David, our solar plant guide for the afternoon, is waving at us, next to a silver ocean.

– We will be alone here today, so just park anywhere!

– Isn't this just beautiful, Borrero says while stepping out of his electric car.

The scene is certainly not anything like the gray “pipes and smog”-filled landscape you would think of when the words “power” and “plant” come to mind. The “silver ocean” consists of something that looks like hundreds of continuous waves frozen in time just before they were supposed to break.

The ”waves” are actually huge bended mirrors, reflecting and concentrating sun rays. On days with excess sunshine, which often happens here in Andalucía, tanks of liquid salt will be heated to such a degree that its thermal energy will produce steam, generating electricity even overnight, like a rechargeable battery.

– It was and is revolutionary, and both me and David here are happy the world is finally starting to catch up on this invention. Yes, the “salt-storage” is based in NASA-developed rocket science, but we have definitely contributed to make something amazing here. And we are in fact great at what we do, Borrero says and lifts his eyebrows, with a more serious face this time.

David smiles and nods. Before they shake hands.

– Yes, we are! And by the way, congratulations on your new job. Norway is lucky to have you.

Quit his job after a one hour solar-power-chat

Always follow your gut. Almost 20 years ago, in 2005, Borrero was a young man working in construction and real estate in Seville. He was married, and expecting his first child – and he didn't have a clue about what solar energy was. But when he got a phone call from Cristina Prieto, a forward-thinking engineer he previously had made a good connection with during his summer internships at a petrol plant where his father used to work, he immediately got curious.

This was possibly a “go”-moment.

She, the engineer, had become a managing director of Spanish solar company Abengoa and was looking for similar forward thinking people not afraid of change.

– First I was like: “The sun? Making energy? What is this?” But over a quick cup of bad coffee in rare heavy rainfall, she “activated my brain” with her talk about the future of energy at a time when nobody in Spain knew what renewable energy could do, let alone how to store it. In just one hour I was convinced. Even though I was 27 years old, and about to be a father for the first time, says Borrero while walking along the silver mirrors.

– My own father thought I was crazy, ha-ha. Because I quit my job on the spot in order to dive into this new world that I truly believed in.

“The sun? Making energy? What is this?”

Blew up a microwave, to spark an idea

It sure was a “go”-moment. And he never looked back. But he did blow up Prietos' microwave.

– Ha-ha, yes! I started to work for Abengoa, and one day I brought with me a solid piece of white molten salt from the solar plant into the office kitchen. I put it in the microwave to see what happened. And it exploded because the salt got way too hot!

After a little reprimand from the boss, and some cleaning, the inventor eventually moved on to become one of the very first people in Europe to develop a new technology of storing energy taken from the sun.

– I am still wondering about how to use microwaves or induction ovens to heat salt, he smiles, always thinking about tomorrow. 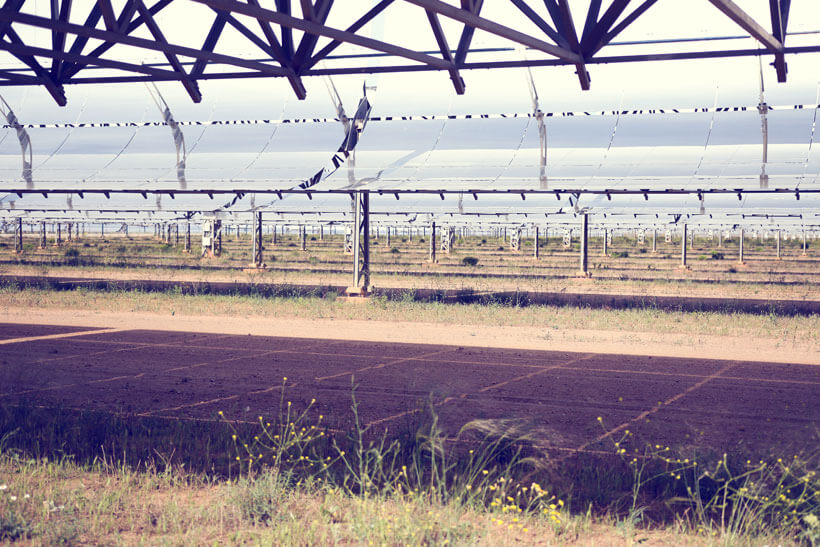 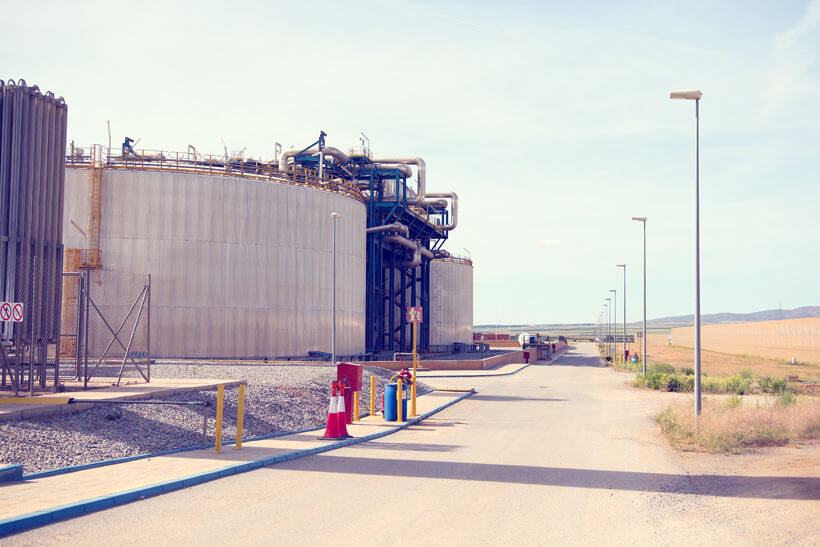 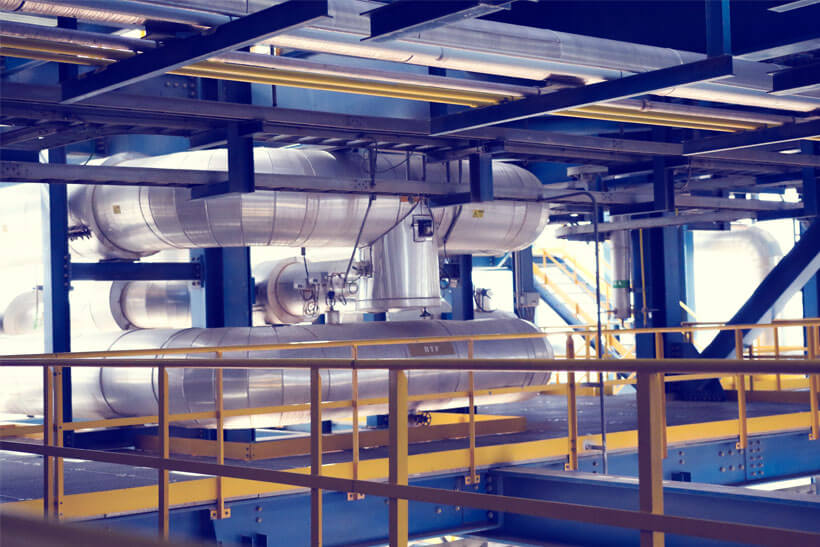 The most energy producing country in the world

But today, we are standing in the middle of one of the first CSP-plants in Spain, a model for the rest, a little city looking like a piece of art, with a labyrinth of pipes transporting molten salt, hot water and damp – from one insanely huge cement tank to another – to make energy, also when the sun do not shine.

– Because we have all this sunshine, we have an infinite amount of possible energy here in Spain. We are actually the most energy producing country in the world when it comes to solar power, Borrero says while he stops to take in the powerful view of the round salt filled tanks he knows so well.

– But you have sunsets in Andalucìa too?

– Exactly, and nobody can yet use solar power at night. Unless we store it. Something I have been thinking about ever since that coffee in the rain many years ago.

Lunch with a stranger changed everything

Some years after running a massive plant in and from Arizona, USA during four years, Borrero founded his own engineering consulting company (RPOW) back in Spain in 2018. One that quickly grew and expanded into several small start-ups. Right after the launch he traveled to a CSP-conference in Madrid where he happened to eat lunch sitting right next to a stranger from Norway. The conversation that followed laid the groundwork for what would become his next career step: Global Technical Director for Kyoto. Because the stranger was Jon Bøhmer, the founder of Kyoto.

The two hit it off, naturally. One of the men being the first to develop energy storage with the help of salt for solar plants, and the other being the first to take the invention and run with it in the form of what has evolved into a transportable battery fit for any industry.

This spring one of RPOWs start-up and invention companies, Mercury Energy, was acquired by Kyoto, renamed to Kyoto Technology Spain and Borrero will be behind the wheel as the General Manager.

“Nobody can yet use solar power at night. Unless we store it.”

– I like to invent and develop things, and I will help Kyoto in becoming an industry leader with Heatcube. This battery is not just talk and words and papers. It is actually happening. A few years ago people were mainly curious, now I get phone calls from everywhere, just yesterday I got a phone call from Chile.

– Factory-owners in need of energy, people who see the problems on the horizon, with the economic pressure of rising fossil fuel prices and so on. People are already seriously looking into a reliable option, he says.

– What option is that?

“I will help Kyoto in becoming an industry leader with Heatcube.”

– Who exactly is The Heatcube designed for?

– Any industry that uses heat to produce something. So, basically everything. It could be something random like … a cookie-factory. They need heat, or steam actually, to make cookies. Or another more local example, olive oil. They also need heat to extract the oil from the fruit, or to roast coffee beans or boil the tuna that they put in canned goods, altso made from Spanish steel and shaped by heat. But a lot of today's industry energy comes from gas, and apart from being non-environment-friendly, fossil fuels are also…

– Exactly! Oil and gas prices are reaching all time highs as we speak. And so are the temperatures around the world. So we are in a perfect place right now to speed up the green shift.

– In the end it's all about economics. But if renewable is also cheaper, it will be a no-brainer. But I think, regardless, sooner or later we all will understand that renewable energy is the only way to go! And I will help us get there.

Want to join us?